FREE: How To Become Muslim So You Can Find God

they decided to convert to Islam

A scientist who has been studying for years in their field. After years of research, they decide to convert to Islam.

Why would they do this? What was the reason? Here you will read about how scientists convert to Islam.

You will see the reasons why they did it.

Also, you will see the scientific facts that are in the Quran.

Finally, you will read about the numerical miracles that are in the Quran.


Is it true that scientists convert to Islam? Yes it is. Keep reading to find out what scientist have said about Islam and the Quran. You will be surprised what they say. Many of them were atheists before understanding Islam and converting. Meaning they did not believe in the one and only God at all.

He was amazed by the accuracy of the statements made in the Quran in the 7th century. Statements about embryology. Before anyone knew anything about it. These statements in the Quran could not be based on scientific knowledge of the time so it must have come from God.

Professor and Chairman of the Department of Anatomy and Developmental Biology, and Director of the Daniel Baugh Institute, Thomas Jefferson University, Philadelphia, Pennsylvania, USA.

He also talked about embryology in the Quran. He said that Prophet Muhammad must have got this info from some source and that he has no issues that it came from God.

He said for a man to make such profound statements about science in the seventh century is amazing. He said it could not be mere chance.

Professor and Chairman of the Department of Obstetrics and Gynaecology, Baylor College of Medicine, Houston, Texas, USA.

He said he sees no conflict between genetics and Islam. He said Islam could guide science. He said the knowledge in the Quran is from God.

Professor and Co-ordinator of Medical Embryology in the Department of Cell Biology, School of Medicine, Georgetown University, Washington DC, USA.

He said the Koran described human development and commingling of the gametes through organogenesis. He said nothing in history has seen such a feat besides current day science.

Professor of the Department of Geosciences, University of Mainz, Germany.

He talked about the origin of the universe and how it would be impossible for a man like Prophet Muhammad to know about this from his own mind. He said science today proves what the prophet said 1400 years ago.

He was amazed by what the Quran says about astronomy and how the ancient writing of the Quran agrees with modern science today.

He was very interested how this information in the Quran could have this science in it and that it must be from God.

He said that the Quran could not be simple human knowledge and must be from a Supernatural Force.

He said the Quran is almost unbelievable and a very remarkable book.

Chairman of the Department of Anatomy and is the former Dean of the faculty of Medicine, University of Chiang Mai, Chiang Mai, Thailand.

He said all the facts of science in the Quran can be scientifically proven today.

Born in 1920, former chief of the Surgical Clinic, University of Paris, has for a long time deeply interested in the correspondences between the teachings of the Holy Scriptures and modern secular knowledge.

He said it is impossible to explain how a book produced at the time of prophet Muhammad could contain ideas that have only been discovered today. How could a man know these facts without the slightest of error?

A European scientist converts to Islam after his knowledge of some scientific facts in the Quran which were only discovered in the twentieth century. This sc...

Why did this British scientist revert to Islam? 1/10

This is the only available material about the story!Cairo December 1985.The 'First Int'l Conference on the Medical Inimitability of the Qur'an' is being held...

Watch how Science in the Qur'an 'convinces' a British Scientist to convert.Please could you support the Da'wah by clicking the 'Like' button (Blue thumbs up!...

Scientist Atheist Converts to Islam | YOU will cry | "Live" - Part 1

Is There a God? | Watch and learn the Proof.Please support the work by 'Clicking the Blue Thumbs Up' icon.Part 2: https://www.youtube.com/watch?v=UELGDF2jNhU...

Scientist Atheist Converts to Islam | YOU will cry | "Live" - Part 2

Is There a God? | Watch and learn the Proof.Please support the work by 'Clicking the Blue Thumbs Up' icon.Please watch and learn on 'New Dawah Training ' on ...


RECOMMENDED SITES FOR YOU : Scientist Converts To Islam

Signs in the Heavens: A Muslim Astronomer's Perspective on Religion and Scie…


Signs in the Heavens: A Muslim Astronomer's Perspective on Religion and Science
See Price


Do you want to know what scientific facts are in the Quran?

I will list some here for you. But you must know that mankind's understanding of science changes.

However, read the following and make your own conclusions.

The Quran could be referring to the creation of the universe when it says he (God) turned to the sky when it was smoke. Many scientists believe this is what it means.

The Quran says that the sky and the Earth are sewn together. Scientists say it refers to the early universe when it was a cloud of gas.

Another part of the Quran talks about everything being made of water. Modern science has proven that any organism is made up of large amounts of water.

In another place, the Quran says the sky we have built and it is still growing wide. Does this refer to the fact that the universe is always expanding?

The Sun and the resting place is also mentioned in the Quran. Scientists say we see the Sun as fixed in its distance from us.

The Quran also mentions how the chest gets narrow when breathing up in the sky. Meaning at high altitudes. This can be experienced in a plane but was mentioned 1400 years ago.

Another place talks about the darkness of the universe and that the lower heavens have been adorned with lights. Meaning of stars in the universe.

The Quran talks about the sky being a roof. These days we know the sky acts as a protection above us from harmful things that come to us. Knowledge of the atmosphere above.

The Quran talks about the mountains as pegs. When we look at the science behind mountains we see that they indeed act like pegs.

You can also see the mention of how the Earth rotates. An idea unthinkable at the time of the Prophet.

The idea of two seas meeting is also presented in the Quran. Today we see that between any two seas there is a distinct barrier. It is caused by different levels of salinity and weight. Surely a hard thing to imagine 1400 years ago.

Another idea in the Quran is of winds causing fertilization. Today we know that pollen is spread by the wind.

depths of the ocean

The Quran also talks about the darkness of the depths of the ocean. Something that would be hard to know 1400 years ago.

A prediction was made in the Quran that the Romans would be defeated in the lowest land. It seems that did end up happening near the Dead Sea years later.

God mentions in the Quran the darkness of the womb.

Another part of the Quran talks about the formation of clouds.

The Quran mentions the idea of solar years and lunar years and makes a calculation to work out the difference.

The Quran mentions that humans are made from sperm and goes on to describe the process of the formation of the fetus.

10 Surprising Scientific Miracles In The Quran

10 Surprising Scientific Miracles In The Quran.SUBSCRIBE: http://bit.ly/SubscribeFtdFactsHere are 10 miracles in the Quran. These miracles, as Muslims call t...

Mention Scientific Facts which are Mentioned in the Quran which Science has not yet Discovered it?

Can you Mention Scientific Facts which are Mentioned in the Quran which Science has not yet Discovered it? - Dr Zakir NaikQMSQA-8Questioner: Good evening aga...

Support Digital Mimbar, Shop Khalifah Klothing: http://www.khalifahklothing.comIn this episode of "The Proof of Islam" Mr. Green speaks about the scientific ...

Scientific Facts in The Quran - Must See!

MUST SEE AND SHARE! Scientific Facts in the Qur'an - Lying & SinningThe Qur'an is not a book of science but a book of signs, yet it contains some undeniable ...

The Quran and Scientific Facts

Ultimate scientific proofs from the Quran that 100 percent correspond to the scientific findings of our time, such as the Origin of Universe, Description of ...

In this episode of "The Proof of Islam" Mr. Green speaks about the scientific miracle of the Holy Quran.Abdurraheem Green embarks on a journey, a journey to ...


RECOMMENDED SITES FOR YOU : Scientific Facts In Quran

Bible, the Qu'ran and Science: The Holy Scriptures Examined in the Light of …


Bible, the Qu'ran and Science: The Holy Scriptures Examined in the Light of Modern Knowledge (English and French Edition)
See Price


There are some numerical miracles in the Quran for us to ponder over.

For example, the word pair of ‘life’ and ‘afterlife’ is mentioned 115 times each.

The pair of satan and angels is mentioned 88 times respectively.

Life and death are 145 respectively.

Dr. Shabir Ally explains how mathematical patterns found in the Quran point to the Qurans divine origin. We continue our series, How will I know? by explo...

Mathematical miracles of the Holy Quran

Some of the incredible mathematical miracles of the Holy Quran!PLEASE SUBSCRIBE TO OUR CHANNEL AND FOLLOW US ON SOCIAL MEDIA:Twitter: http://twitter.com/them...

The Miracle of Number 19 in The Quran | Dr. Shabir Ally

We continue our discussion on mathematical miracles in the Quran as part of our series, Quran Is It Really The Word of God. Well focus on the specific occ...

In our series, Quran Is It Really The Word of God, well explore how mathematical patterns are present in the Quran. How do they help further our belief th...

10 Surprising Math Miracles In The Quran

10 Surprising Math Miracles In The Quran.SUBSCRIBE: http://bit.ly/SubscribeFtdFactsWere continuing our series focusing on the religion of Islam and looking ...


RECOMMENDED SITES FOR YOU : Numerical Miracles In The Quran

their reasons and why

To sum up, you have read about some scientists who converted to Islam. You learned about their reasons and why they did it.

You also saw some of the scientific facts that are in the Quran.

Finally, you read about the numerical miracles in the Quran.

FREE: How To Become Muslim So You Can Find God 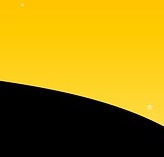